When I started at Ramsey Solutions in 2010, there was no such thing as a front-end developer.

That wasn’t true in the industry, of course. But the scale of our team back then required much more scrappiness and much less specialization. It’s the same at a start-up—there are more hats than people, so everyone ends up wearing multiple hats.

What we did have was front-end work—and plenty of it. And since that was an area I loved and most of the other developers on my team didn’t, I quickly became “the front-end guy.” Don’t get me wrong—I still had to learn the backend and work in every layer of the stack. But I was fortunate enough to be able to specialize at least a little bit.

Fast-forward a few years—and we hired our first titled Front-End Developer. The scale of our company had changed, and our hiring and titles had changed right along with it. We saw the value in specializing in front-end development and started putting people in those seats intentionally, with fantastic results. When I looked up and realized we had true front-end developers on multiple teams, I started thinking about how we could create a community around that discipline. We didn’t know about the Spotify model back then, but what we ended up creating was a front-end developers guild.

Today, that guild has dozens of members. We meet once a month to share presentations and spend time together, and we also hold weekly office hours to help people get unstuck or run workshops, demos and lightning talks.

Not only has our team grown, but also how our team operates. While we still place a high value on the basics of our craft—like semantic HTML, well-architected CSS, accessibility and responsive design—we've added new processes and tools as well. And we always push our teams to make sure they're using the right tool for the job, even if that tool hasn't been used before.

Here are some of the new things we've done in the last few years:

That's a far cry from where we were a decade ago! We're still scrappy, but we also see the value in focus and specialization. I'm proud of how the discipline of front-end development has grown here. The front-end is the part of our stack that most directly touches our fans, so we care deeply about making sure it's right. That's why we work! 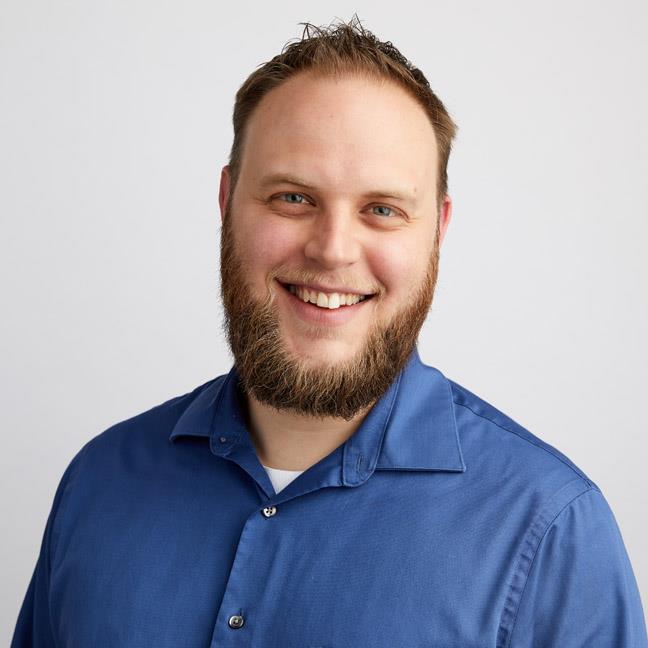 Jeremy McDuffie
Jeremy McDuffie joined Ramsey Solutions in August 2010. He is currently an Associate Director of Digital Development in our CMS and Design Systems team.